This area helps us to create and manage releases and cycles. It also helps us make project planning and tracking. Management tab helps us to work with the following areas in ALM −

Creating Releases is the first step in Quality Center. All the work item such as libraries, test execution, and defects are tracked based on the release.

Before creating a release, one can create a container/folder for the same by clicking the new folder icon as shown below. 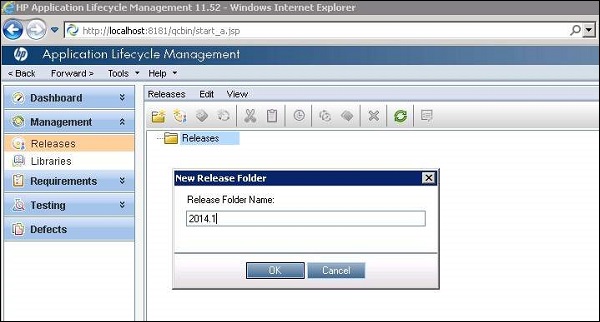 Click the New Releases button and the New Release dialog opens. Enter the name of the release and click OK. The Release will be created as shown below. 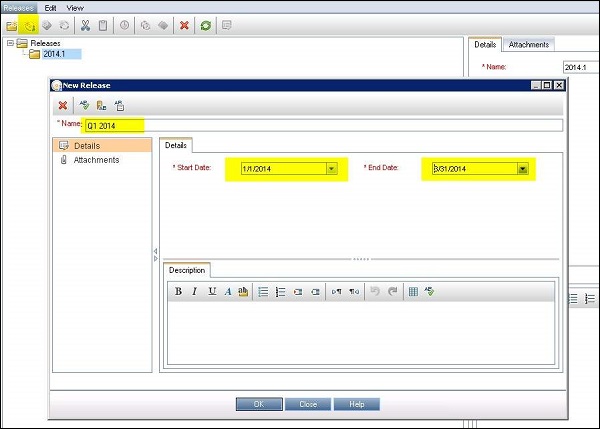 Upon selecting the created release, one can notice that the tabs - Details, release scope, master plan, scorecard, status and attachments are generated. 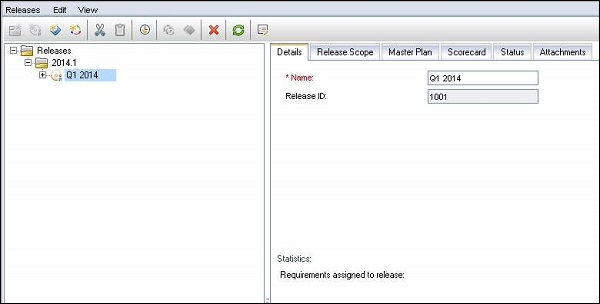 Each release is further divided into cycles. Let us see how to create cycles in Quality Center.

Select the Release under which one would like to create cycles. Click the New Cycles button and the New Cycles dialog opens as shown below. Users have to enter the start date and the end date of the cycle. Users can create as many cycles as they can under a release. 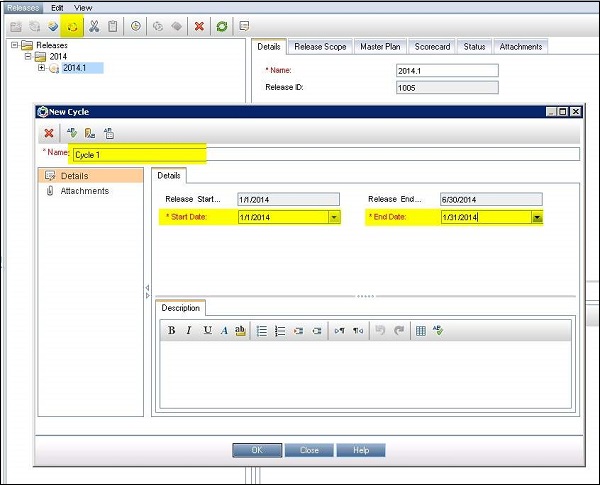 Under Cycle, one can see the progress and Quality. The Progress is shown in a pictorial representation 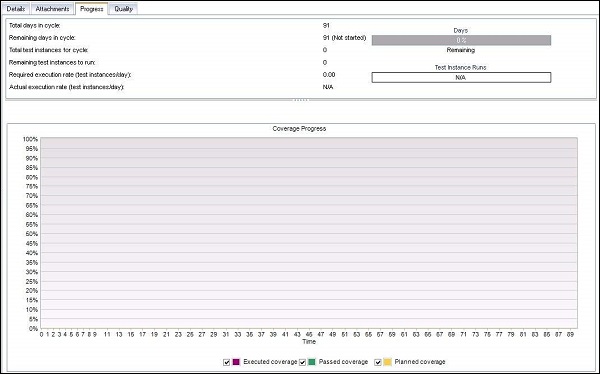 Each Release has a scope and scope can be added under "Release Scope" tab under Releases as shown below. 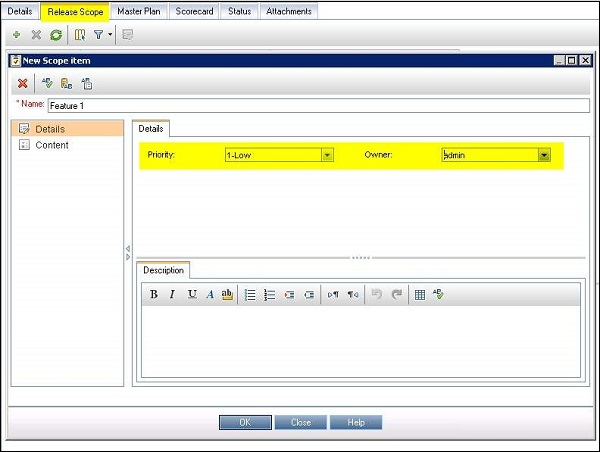 Each Release has also a milestone associated with it and can be added using the Milestone icon under Releases module as shown below. 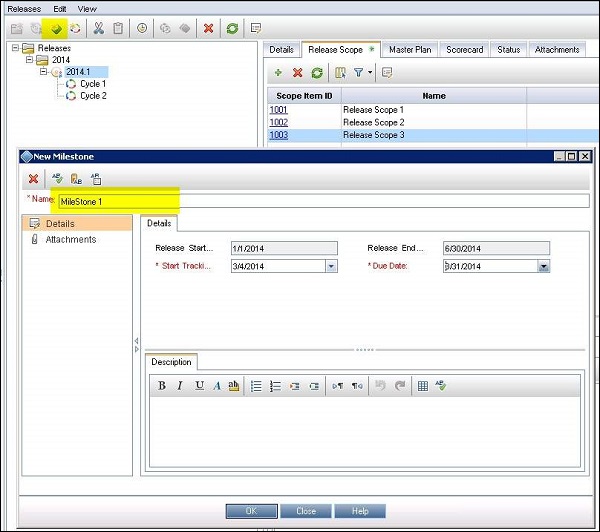 Master plan can be accessed under "Releases" tab which displays the cycles and milestone timelines as shown below.

Status shows the pictorial representation of the progress and Quality. 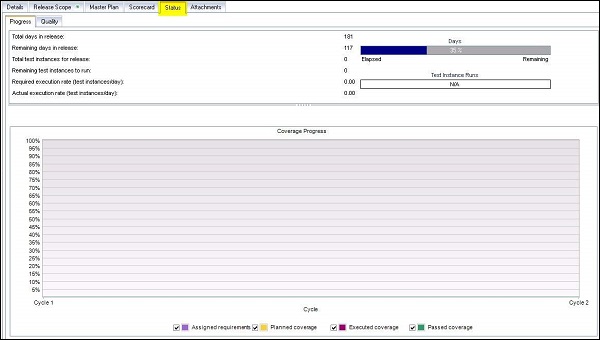 A library represents a set of entities in a project and the relationships between them which consists of requirements, tests, test resources, and business components.

A New Library can be created by clicking the "New Library" icon in the Library Navigation bar. A new window would be as shown below and one can name the library and add resources such as requirements, test plan, and components. 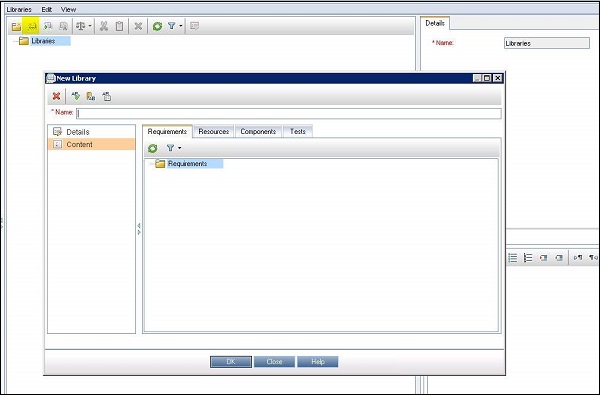 Once Libraries are created, the libraries can be baselined which is a snapshot of the library at a specific point in time. Users can compare baselines at any stage of the development phase. A baseline includes all the entities defined in the library, including requirements, tests, and test resources.

A New Baseline can be created by clicking on the New Baseline button under "Libraries" Navigation bar. Users can also compare baselines and export to CSV format.