An inverter refers to a power electronic device that converts power in DC form to AC form at the required frequency and voltage output.

This type of inverter is the basic building block of a full bridge inverter. It contains two switches and each of its capacitors has a voltage output equal to $\frac{V_{dc}}{2}$. In addition, the switches complement each other, that is, if one is switched ON the other one goes OFF.

This inverter circuit converts DC to AC. It achieves this by closing and opening the switches in the right sequence. It has four different operating states which are based on which switches are closed.

In this mode of conduction, every device is in conduction state for 180° where they are switched ON at 60° intervals. The terminals A, B and C are the output terminals of the bridge that are connected to the three-phase delta or star connection of the load. 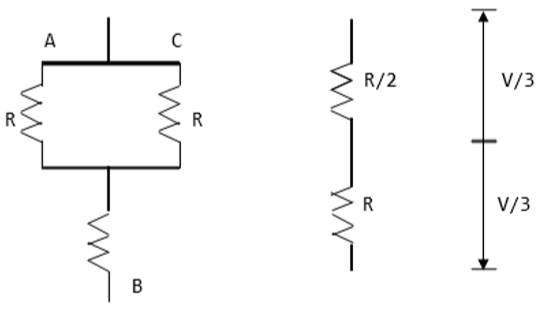 Waveforms for 180° mode of conduction 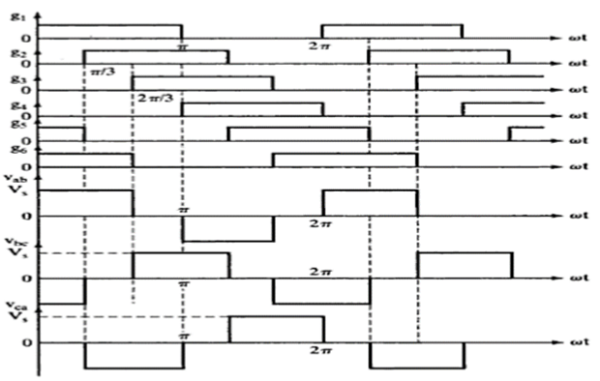 In this mode of conduction, each electronic device is in a conduction state for 120°. It is most suitable for a delta connection in a load because it results in a six-step type of waveform across any of its phases. Therefore, at any instant only two devices are conducting because each device conducts at only 120°.

Waveforms for 120° mode of conduction 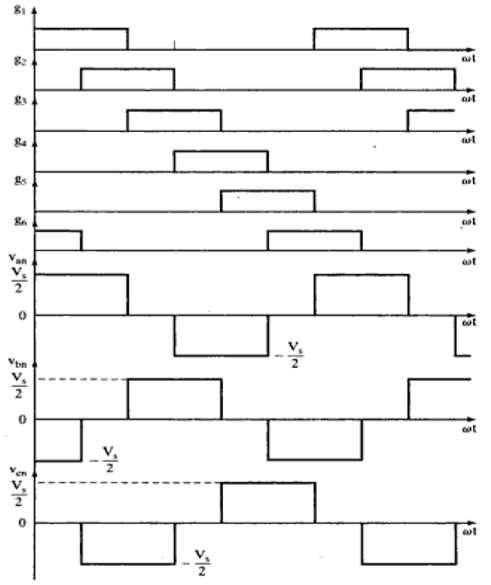