Most reporting elements can easily be added by dragging and dropping them from the Data pane to any of the bands on the workspace (mostly Details band).

Let us continue with the same example taken from the previous chapter. There we have added a data source and a query to the Reporting Designer. Here we will design the report based on the output produced by the query.

The resultant query fields are the reporting elements which are highlighted in the following screenshot. Those are − id, name, designation, department, and age.

After adding the query to the Reporting designer, the resultant fields appear in the data pane, as shown in the following screenshot. 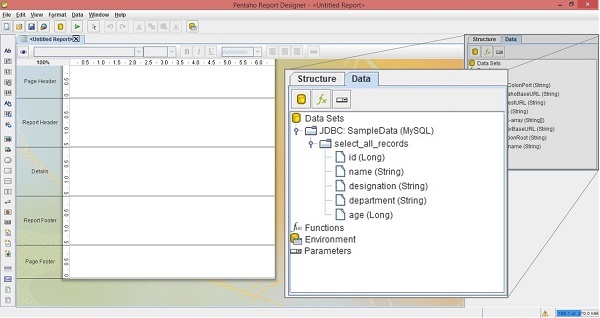 Now, drag the required fields (fields you want to display in the report) from the Structure Pane into the Details Band at the center of the main workspace.

Take a look at the following screenshot. It shows the direction to drag the age field from the structure pane. 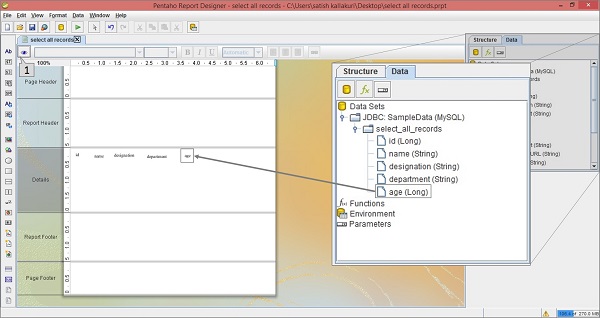 After arranging all the fields in the Details band, you can see the report view by clicking the view button which is pointed as “1” in the above screenshot.

After clicking the view button, the result report will be as shown in the following screenshot. In the workspace, you will find the values of all the fields (which are specified in the Details tab). 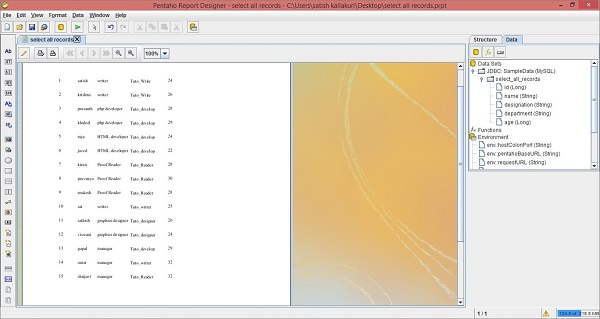 Now, if you want to go back to the design mode, then click the Design symbol marked as “1” in the following screenshot. 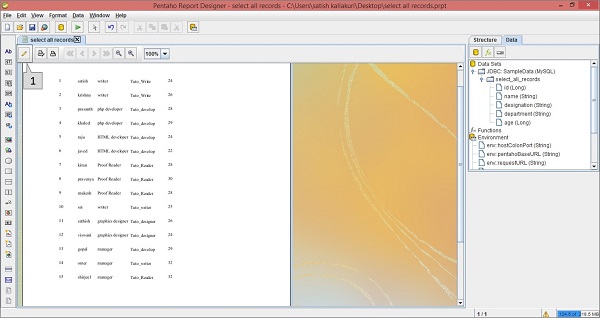