Predictive Modeling is a mathematical approach to build models based on the existing data, which helps in finding the future value or trend of a variable. It involves very heavy mathematical and statistical analysis to create such models.

Following are some examples, where predictive modeling is used.

MicroStrategy can help in carrying out predictive modeling as its data mining services is fully integrated to its BI platform.

MicroStrategy has data mining services, which allows the users to import PMML (Predictive Model Markup Language) from third party data mining tools, which can then be used to create predictive reports. 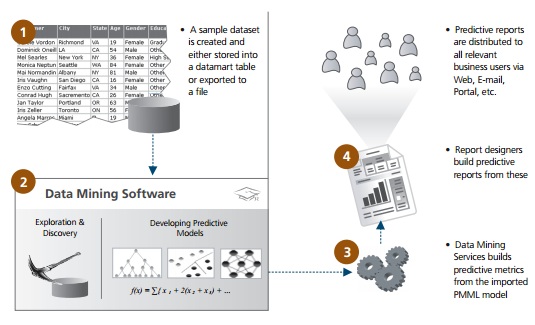 Once imported into MicroStrategy, we can enhance the model by using the following features.

Following are the list of features which highlight the strength of MicroStrategy to be used as a predictive modeling tool.