MapReduce is a programming model for writing applications that can process Big Data in parallel on multiple nodes. MapReduce provides analytical capabilities for analyzing huge volumes of complex data.

Big Data is a collection of large datasets that cannot be processed using traditional computing techniques. For example, the volume of data Facebook or Youtube need require it to collect and manage on a daily basis, can fall under the category of Big Data. However, Big Data is not only about scale and volume, it also involves one or more of the following aspects − Velocity, Variety, Volume, and Complexity.

Traditional Enterprise Systems normally have a centralized server to store and process data. The following illustration depicts a schematic view of a traditional enterprise system. Traditional model is certainly not suitable to process huge volumes of scalable data and cannot be accommodated by standard database servers. Moreover, the centralized system creates too much of a bottleneck while processing multiple files simultaneously.

Google solved this bottleneck issue using an algorithm called MapReduce. MapReduce divides a task into small parts and assigns them to many computers. Later, the results are collected at one place and integrated to form the result dataset.

The reduce task is always performed after the map job.

Let us now take a close look at each of the phases and try to understand their significance. 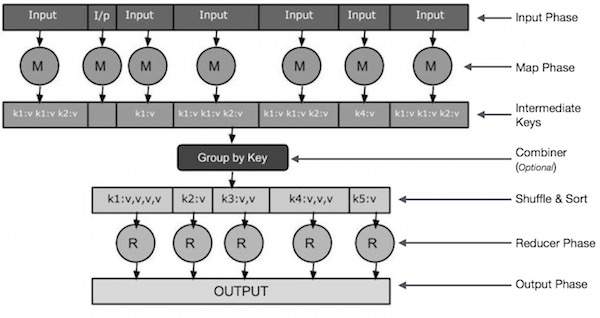 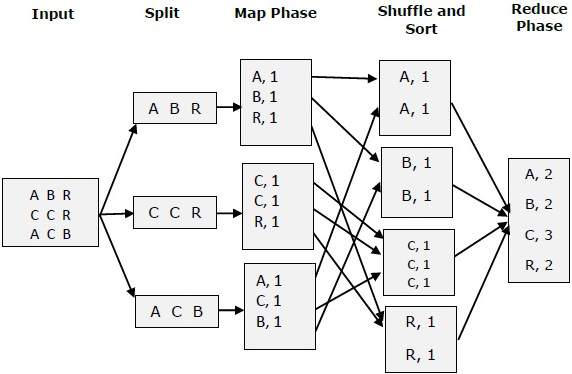 Let us take a real-world example to comprehend the power of MapReduce. Twitter receives around 500 million tweets per day, which is nearly 3000 tweets per second. The following illustration shows how Tweeter manages its tweets with the help of MapReduce.

As shown in the illustration, the MapReduce algorithm performs the following actions −