Lawn Bowling - How to Play?

The balls are unsymmetrical in nature and travels in a curved path. The main objective of the game is to place the ball as close as possible to the jack. There are different techniques used by the players while rolling the ball on the ground. Before throwing the ball, the player has to hold the ball strongly in his hand. He must feel the bowl and understand which side of the bowl is biased. The player must position his middle finger along the edge of the ball so that he can get the grip. 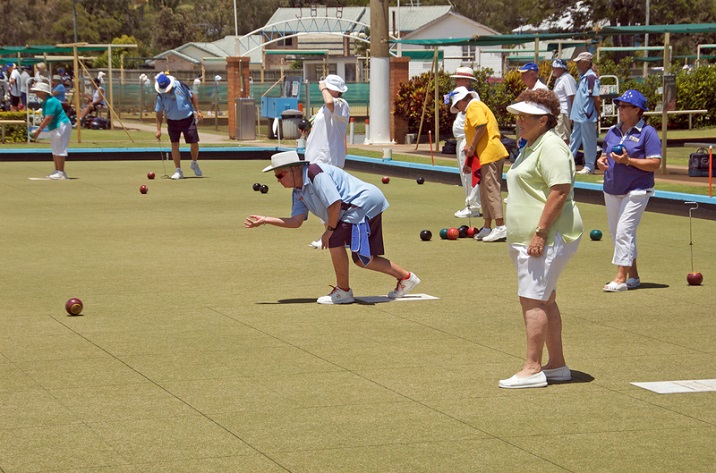 The edge or the running edge is the line that directly runs between the shaved sides and the face of the bias. If a player grips the bowl perfectly then he can throw it in a perfect direction. While getting into the position to roll the bowl, the player must stand in a perfect position. The player must keep his shoulders square and aim to the line on which he is going to roll the bowl.

Before rolling the bowl, the player should step forward a little towards the throw line. He must bend his legs and roll the ball smoothly on the grass. For stability, he can lean his free arm against the leg. This Lawn Bowling might look like a simple game but it requires every part of your body to get involved in the work. By following the steps, the player can reach to his maximum and with utmost stability, he can score with ease. But this is not the end. The player must use his index finger and thumb to keep the bowl stable on each side. 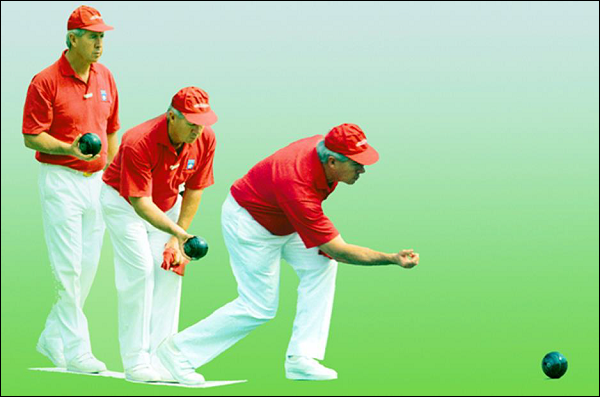 Before the match, the players used to practice a lot on the playing ground. This is a very useful technique as by practicing on the same ground a player can understand the field a lot. If the grass on the ground is short, the bowling ball will move very fast and also if the ground is wet the ball will move fast. The player should first judge the distance of the target or the jack from his position and try to bowl the ball accordingly. There are two types of throwing the ball, one is forehand bowl and other is backhand bowl.

A forehand draw is normally executed by the right-handed bowler. This delivery is called as finger peg delivery, which is initially aimed to the right of the jack and when it rolls, it curves towards its left. This shot is very tricky and widely used in the game.

This type of delivery is simply the opposite of the forehand delivery. It is used by the left handers. It’s the other name of thumb peg delivery. The same bowler can also bowl it from their right hand. Here the ball after being rolled is curved towards the right direction aiming to the left of the jack.

The scoring system in this Lawn Bowling varies from tournament to tournament. If it is a singles game, a target number of shots are there for the players and that target is normally 21 or 25. For a team, there is a higher score after a specified number of ends.

If a draw has occurred, then the opponents may be required to play an extra shot to decide the winner because in the lawn bowl games, the games may be drawn to a specified number of ends. In lawn bowling singles game, the first player to score 21 shots is the winner.

In pairs, doubles or triples the team is declared a winner who after 21/25 ends of play has scored the most shots. A set scoring system is often used in some competitions where the first to seven points are awarded in a best-of-five or in a best-of-three set match.

In the singles competition, a team may consist of two or three or four players. In this situation, teams bowl alternately. If there are four players in a team, then each player within a team will bowl all their bowls then hand it over to the next player. The captain of the team is called the skip. The captain always plays last.

The current method of scoring in a professional tourney is sets. Each set is of nine ends and the competitor or the bowler with the most shots wins the set.