The equipment needed in this game are listed as follows along with a brief description for each one of them for better understanding of its usage.

The Bowls or Balls 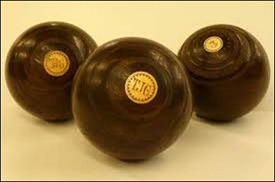 Lawn Bowling is played in sets and there are four balls in each set. Each set is not only unique but also has its own special symbol which is etched in the center circle on both sides. In lawn bowling, the game is played with four balls. We can either call it as balls or bowls.

In Lawn Bowling, the bowls are biased and these are not perfectly round bowls. So, when a player rolls the bowl, it moves in a path which is curved in nature. It means it curves when we roll the ball. So this forces the player to roll his bowl in an outward direction with an angle to reach the target.

Lawn Bowling is much like alley bowling where the players or the bowlers roll the ball towards a target or a goal. In lawn bowling, the target is a small white ball, whose size is like a billiard ball and is known as ‘jack’. The points are awarded to the player who can locate his ball as near as the jack. This is the main aim of the game as to roll the bowl and get as close to the jack as possible. 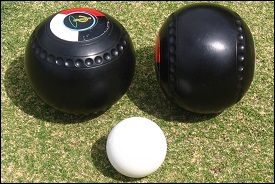 As we have mentioned above, the target is a small white ball which is as big as a billiard ball. This ball is known as the jack. Before the match starts, the jack is rolled out on the field where the match will be played and it becomes target for the game.

When the jack stops, it becomes a target for the players. The players while rolling the ball are allowed to hit the jack with their own bowl and can also move the jack. So this little white ball is the center of the play. 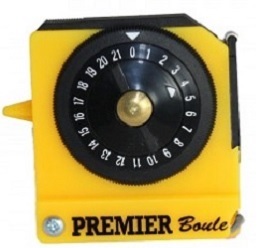 As many players will roll the ball in the competition and they all have a competitive approach, so there might be instances where more than one ball will be placed near the jack.

At such times, it will be impossible to tell which is the closest with a naked eye. At this moment, this equipment the measuring tape plays a big role in finding who the winner is. 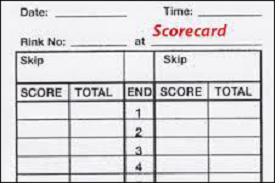 As this is a very famous club game in North America and Europe, each club has its own method for displaying the score cards.

Normally, on pre-printed cards the score of games is kept. Many clubs have stands with clips, which hold the score cards in place. A red can is used to collect chips and these chips are used to determine where and with whom a player will play.