Karate - How to play?

Choice of Right Style and Institution

Karate in itself has many forms like Goju Kai, Shotokan, Shito Ryu, Wado Ryu and Kyokushin Kai etc. It is not like one style is better than other. Every style has its own charm but it is the pupils who will decide that what style fascinate them the most. This can be judged by getting an over the depth idea about each style.

The second important thing is the choice of right school that goes in line with your philosophy. It is because some schools follow the path of spiritual learning having less contact on the other hand some are there with a lot of expertise in broken bones and excitement, with having a lots of contacts.

Some schools have a restrictive contract. Try not to join them as it may lead to any unavoidable situation in future. A good method will be to just watch a video of the style that you are going to learn the very next day. Weight loss and toning are the initial factors of this learning. Don’t worry about that. The instructor will take care of that.

Fitting into the Pot

The harder you work the luckier you will get on the battle. It is easy to handle a toughest karate master on the stage if you just know better how to defend yourself. A harder and committed daily practice schedule over a day, week, month, and year can assure you that. You should not fear from the initial failures as learning from them is a part of your training schedule. 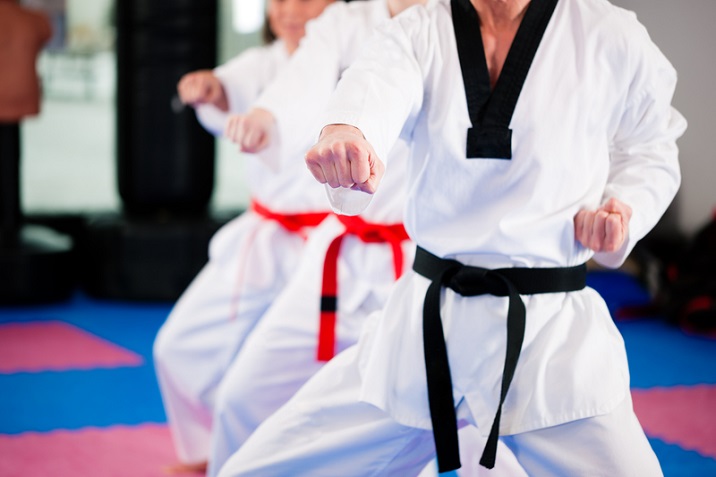 Once the master of karate Kanazawa told that After breaking my elbow on the block of ice, I understand Ki much more than before. Advice of such legendary persons sometimes fuels the fighting spirit inside a beginner. So try to learn as much as you can about karate. Read the autobiography of prominent karate masters, watch documentaries, and talk to the seniors − that will keep you motivated and will assist you even better.

Warm up before Starting

Karate is good to practice when it begins with warm up. It brings flexibility to your muscles. The masters plan out a vigorous warm up schedule of 10-15 minutes before starting. 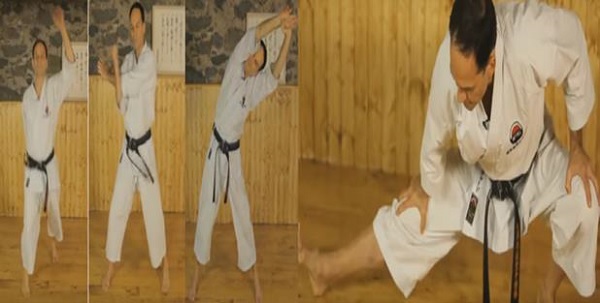 Moving your hands up and down while jumping in the air with your foot wide open is a good start. The faster you do the faster your muscles get warmed up. Next you can do is swinging your hands from one side to another by clutching them together.

Tilt your body from left side to right side with hands in the air. It gives a quick boost to your lazy hip muscles. To make your lower part of body below your waist for use, stretch your legs to the fullest.

How to do a Basic Punch?

Choku Zuki is the Japanese word that means direct punch in karate. It is the most common form of punching because this does not need much movement of your body part to generate power. It is just made to release the tension and to make a proper connection.

It involves just punching in the air slowly with both your hands periodically but a bit slowly. Initially keep the face of your grip towards up but as you gradually move towards punching, at the last moment turn your wrist along with elbow such that the face of the grip will now face downward. Repeat the same with the other hand too.

Blocking teaches us how to do a fore arm block. From your normal position either step in or step back. Raise your blocked arm. It should shoot out towards the attacker. Then move the arm to the back and towards the reverse direction of the body. In this very moment connect your attacking arm with your fore arm. Pull the arm back and repeat the same thing again with another hand. 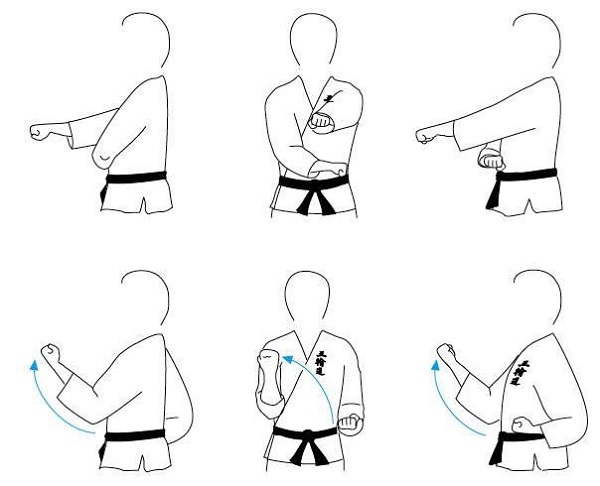 In upper rising block you have to maintain your body posture as shown in the figure below. One hand should be above your head and another just by the side of your waist. Then you have to switch your position just opposite with a lightning fast speed. The aim is to block any sudden thrust towards you from your opponent. 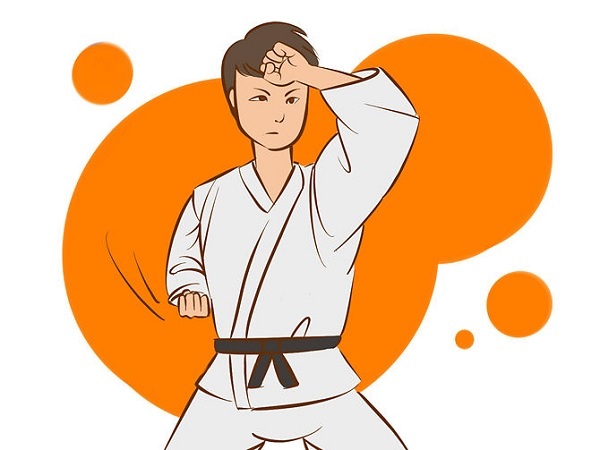 The initial body posture will be just like keeping your own arm straight vertically upward with the ground and another at your waist level facing forward. In the next step you have to move your horizontal hand towards vertical one with a 135 degree angle, with lightning speed. Repeat the same with other hand too. 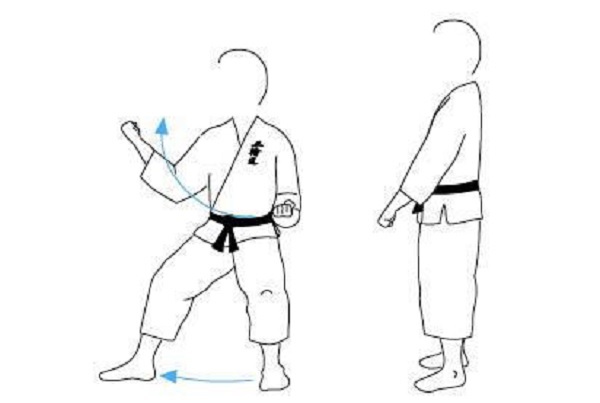 Sometimes your upper body may not able to move as it may be blocked by your opponent. So to make yourself free and to set a score you have to use your legs. Although karate teaches us the practise of open hand, different kick methods are also a part of its curriculum to maintain a distance between you and your opponent and to best defend yourself at awkward situations. Let’s have a quick look on different types of kick methods.

Mae Geri teaches you to attack a person with the balls of your foot. Strengths can be centralised at the balls of the foot while raising it up in the air and can be focused upon the joint parts of your opponent with a quick kinematic force, resulting in high impulsive strike.

Here we use the side or blade of our foot. The attack is done side wise upon the lower part of the opponent. The wider you take back the foot in air gathering potential energy, the stronger will be the impulse due to high kinetic energy. 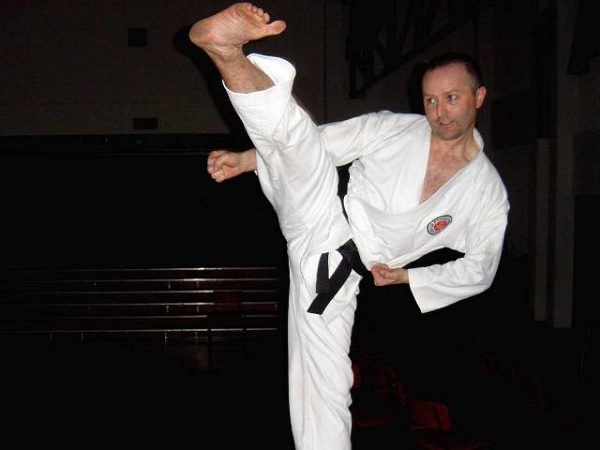 In this we have to hit the opponent with the ball of our foot like Mae geri but the process is slightly different. We have to curl our toes up and after that we should make the movement of our foot sideways. 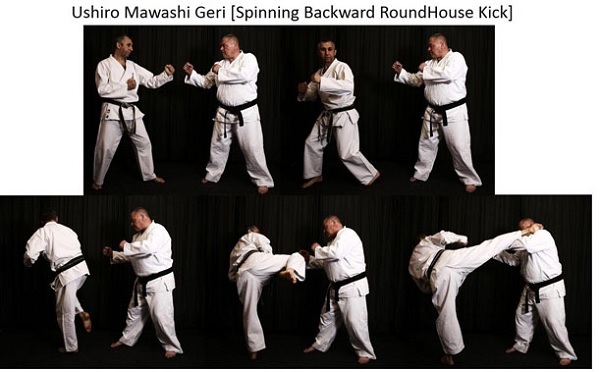 First step is to keep your foot apart. Keep your right foot forward and left foot backward. Now take the right foot upward. The higher you take the stronger will be the impulse. Now instead of attacking on the left side of the opponent, attack on the right side with your right foot without leaning back.

Here one will focus on how to attack his opponent from the backside. The principle of attack remains the same as that of Hook kick. But with a slight difference that instead of attacking from the front end we have to move our leg towards back.