JavaMail provides elements that are used to construct an interface to a messaging system, including system components and interfaces. While this specification does not define any specific implementation, JavaMail does include several classes that implement RFC822 and MIME Internet messaging standards. These classes are delivered as part of the JavaMail class package.

Following are some of the protocols supported in JavaMail API:

Details of these will be covered in the subsequent chapters.

As said above the java application uses JavaMail API to compose, send and receive emails.The following figure illustrates the architecture of JavaMail: 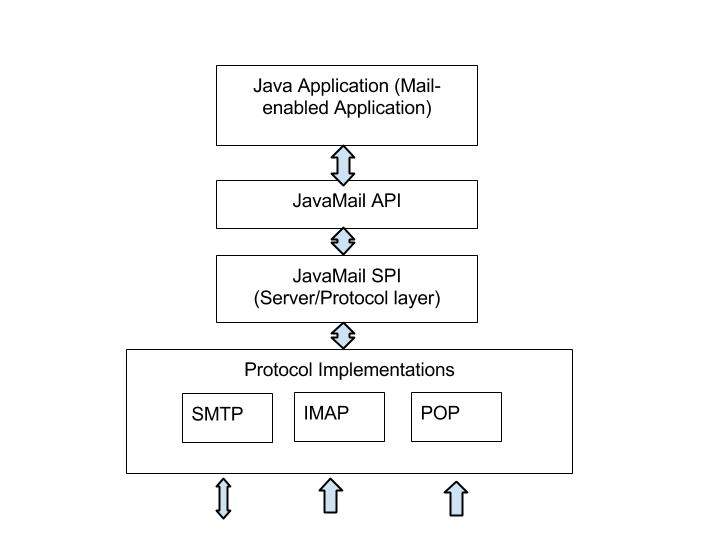 The abstract mechanism of JavaMail API is similar to other J2EE APIs, such as JDBC, JNDI, and JMS. As seen the architecture diagram above, JavaMail API is divided into two main parts: