Reference Model offers a means of standardization which is acceptable worldwide. Since people using the computer network are located over a wide physical range and their network devices might have heterogeneous architecture. In order to provide communication among heterogeneous devices, we need a standardized model i.e. a reference model, which would provide us way how these devices can communicate regardless their architecture.

OSI is acronym of Open System Interface. This model is developed by the International organization of Standardization (ISO) and therefore also referred as ISO-OSI Model.

The OSI model consists of seven layers as shown in the following diagram. Each layer has a specific function, however each layer provide services to the layer above. 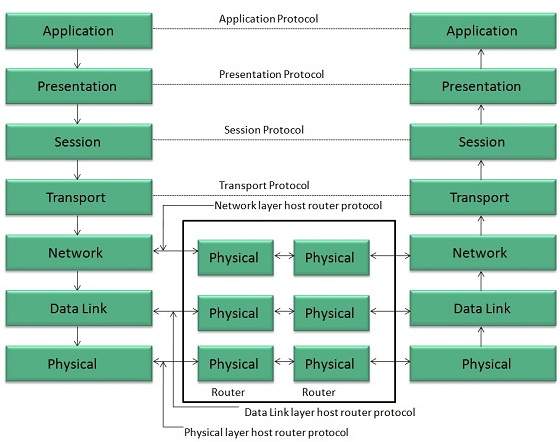 The Physical layer is responsible for the following activities:

Following are the functions of Network Layer:

TCP/IP model is practical model and is used in the Internet. TCP/IP is acronym of Transmission Control Protocol and Internet Protocol. 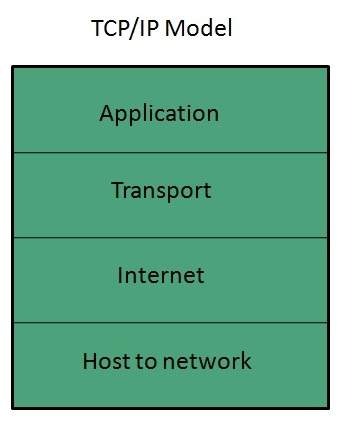 This layer is same as that of the OSI model and performs the following functions:

Protocols used: TCP/IP and UDP protocols are employed in this layer.

This is the lowest layer in TCP/IP model. The host has to connect to network using some protocol, so that it can send IP packets over it. This protocol varies from host to host and network to network.

Protocols used: ARPANET, SATNET, LAN, packet radio are the protocols which are used in this layer.