In HBase, tables are split into regions and are served by the region servers. Regions are vertically divided by column families into “Stores”. Stores are saved as files in HDFS. Shown below is the architecture of HBase.

Note: The term ‘store’ is used for regions to explain the storage structure. 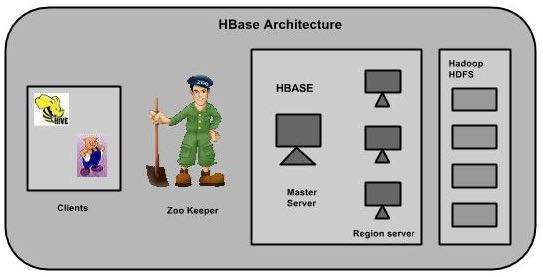 HBase has three major components: the client library, a master server, and region servers. Region servers can be added or removed as per requirement.

Regions are nothing but tables that are split up and spread across the region servers.

The region servers have regions that -

When we take a deeper look into the region server, it contain regions and stores as shown below: 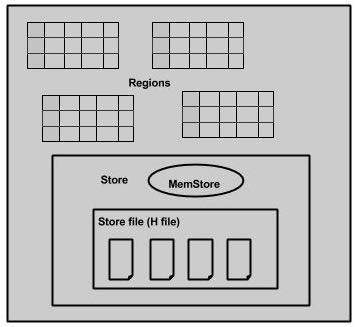 The store contains memory store and HFiles. Memstore is just like a cache memory. Anything that is entered into the HBase is stored here initially. Later, the data is transferred and saved in Hfiles as blocks and the memstore is flushed.