In this chapter, let us focus on building models with the Designer or Database First or just using Code First. Following are some guidelines which will help you decide which modeling workflow to choose. 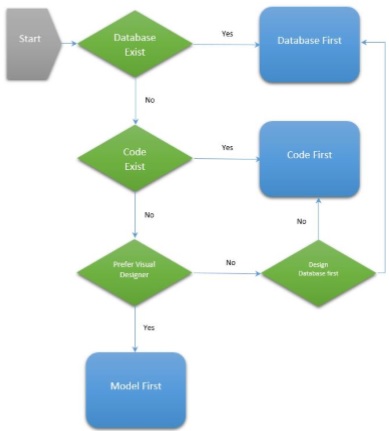 Given these options, let's look at the Decision Tree.