In histogram sliding , we just simply shift a complete histogram rightwards or leftwards. Due to shifting or sliding of histogram towards right or left , a clear change can be seen in the image.In this tutorial we are going to use histogram sliding for manipulating brightness. 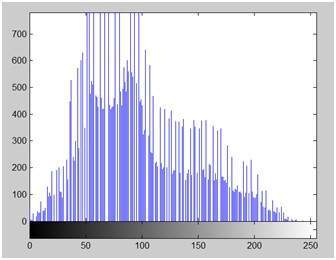 On the y axis of this histogram are the frequency or count. And on the x axis , we have gray level values. As you can see from the above histogram , that those gray level intensities whose count is more then 700, lies in the first half portion, means towards blacker portion. Thats why we got an image that is a bit darker.

In order to bright it, we will slide its histogram towards right , or towards whiter portion. In order to do we need to add atleast a value of 50 to this image. Because we can see from the histogram above , that this image also has 0 pixel intensities , that are pure black. So if we add 0 to 50 , we will shift all the values lies at 0 intensity to 50 intensity and all the rest of the values will be shifted accordingly. 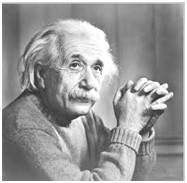 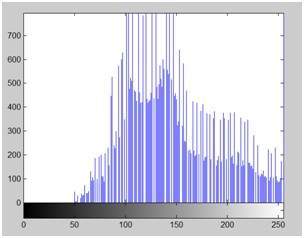 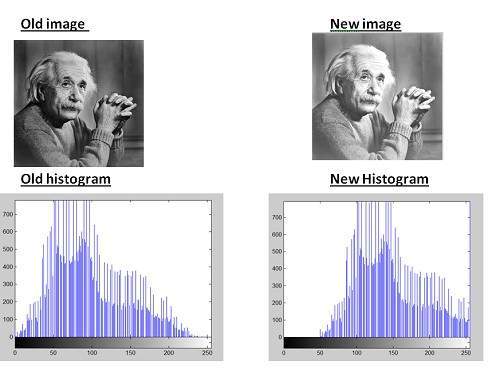 Now if we were to decrease brightness of this new image to such an extent that the old image look brighter , we got to subtract some value from all the matrix of the new image. The value which we are going to subtract is 80. Because we already add 50 to the original image and we got a new brighter image, now if we want to make it darker , we have to subtract at least more than 50 from it. 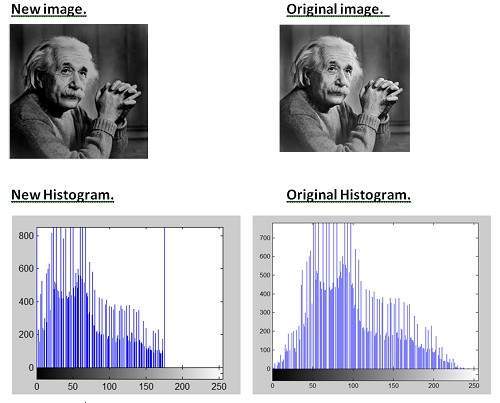 It is clear from the histogram of the new image , that all the pixel values has been shifted towards right and thus , it can be validated from the image that new image is darker and now the original image look brighter as compare to this new image.