Let us discuss a simple model of a cryptosystem that provides confidentiality to the information being transmitted. This basic model is depicted in the illustration below − 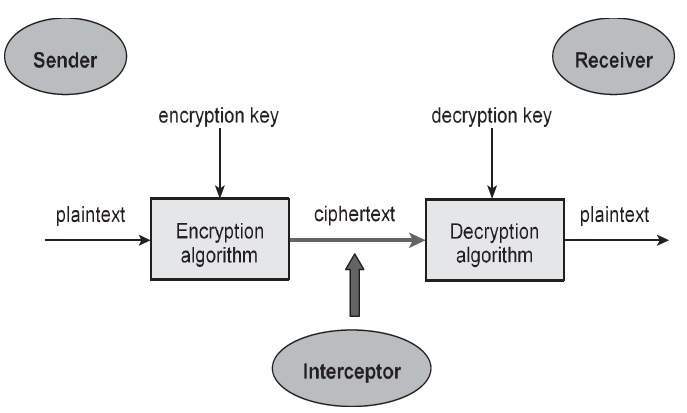 The illustration shows a sender who wants to transfer some sensitive data to a receiver in such a way that any party intercepting or eavesdropping on the communication channel cannot extract the data.

The objective of this simple cryptosystem is that at the end of the process, only the sender and the receiver will know the plaintext.

Components of a Cryptosystem

The various components of a basic cryptosystem are as follows −

For a given cryptosystem, a collection of all possible decryption keys is called a key space.

Fundamentally, there are two types of cryptosystems based on the manner in which encryption-decryption is carried out in the system −

The salient features of cryptosystem based on symmetric key encryption are −

There are two restrictive challenges of employing symmetric key cryptography.

The encryption process where different keys are used for encrypting and decrypting the information is known as Asymmetric Key Encryption. Though the keys are different, they are mathematically related and hence, retrieving the plaintext by decrypting ciphertext is feasible. The process is depicted in the following illustration − 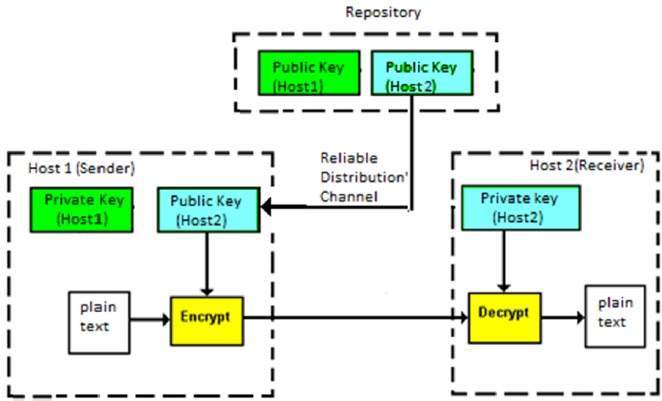 Asymmetric Key Encryption was invented in the 20th century to come over the necessity of pre-shared secret key between communicating persons. The salient features of this encryption scheme are as follows −

Public-key cryptosystems have one significant challenge − the user needs to trust that the public key that he is using in communications with a person really is the public key of that person and has not been spoofed by a malicious third party.

The third party satisfies itself about user identity by the process of attestation, notarization, or some other process − that X is the one and only, or globally unique, X. The most common method of making the verified public keys available is to embed them in a certificate which is digitally signed by the trusted third party.

Due to the advantages and disadvantage of both the systems, symmetric key and public-key cryptosystems are often used together in the practical information security systems.

In the 19th century, a Dutch cryptographer A. Kerckhoff furnished the requirements of a good cryptosystem. Kerckhoff stated that a cryptographic system should be secure even if everything about the system, except the key, is public knowledge. The six design principles defined by Kerckhoff for cryptosystem are −

In modern era, cryptography needs to cater to users who are connected to the Internet. In such cases, using a secret algorithm is not feasible, hence Kerckhoff principles became essential guidelines for designing algorithms in modern cryptography.