Croquet is played by two sides with black and blue balls on one side and red and yellow balls on the other side. The main objective here is to advance the balls around the court by hitting them with a mallet.

A player or team scores a point for each hoop made in the correct order and direction. The team scoring six hoop points along with finishing by scoring one peg point for each of its balls is the winning team. Thus, the side scoring 14 points is the winner. 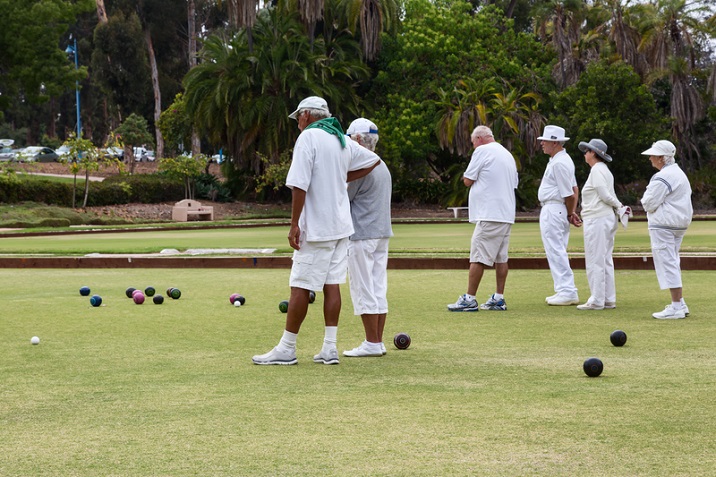 Each side has either one player for the singles game or two players for the doubles. Rules for both singles and doubles remain the same. Each player takes turns and the game continues by one player at a time. The player who starts the game is the striker, who has one shot and the shot ends after one turn unless the player has earned an extra shot. Eventually, the turn ends when the player has no extra shot in the account. The game continues with the player in the opponent side using their turns.

The peg is placed in the middle of the court where the game is to be played. Four hoops are placed at equal distance from the peg in a rectangular form measuring 10.5m x 7m. The remaining two hoops are placed on the longer central line in such a way that it bisects the rectangle by 3.5m from the peg. Make sure that all the hoops are placed parallel to the shorter side of the rectangle. Generally, the boundary of the court is stated by the flags used at each corner. These flags should be of dimension 17.5 x 14m. There are different flag variations for different court dimensions.