In todays’ knowledge-driven world, the advantage lies with those who can think critically and keep improving their knowledge. Critical Thinking helps you in developing your analytical skills so that you can evaluate the data given to you and interpret it in the most optimal way. This helps in error-minimization and taking correct decisions quickly in crucial situations. 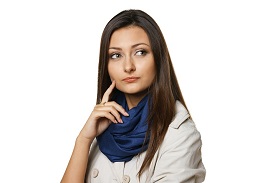 Critical Thinking, in other words, is a logical study of decision-making techniques and enhancement of judgment-skills. It’s not only about the way we think and analyze facts, but also how we use those facts to decide upon a course of action and act upon them. Action is an important step of critical reasoning, as the entire concept of Critical Reasoning revolves around acting on solid, irrefutable evidence.

Reasoning is the ability of using available knowledge to process some information related to it and determine whether it’s true or false. It is this quality of reasoning that has made the human race evolve from being a bunch of cave-dwellers to acquiring the coveted top position in the animal world. However, human reasoning is not always flawless because it’s not always based on logic. It has been frequently observed that human reasoning is influenced by emotional bias. One of these emotional biases is prejudice. We tend to judge people based on their appearances but are often proven wrong too.

There are numerous cases in the service industry where businesses lost potentially huge customers and clients because of judging people wrongly. A famous case is that of Hyderabad’s Nizam who was denied entry into a Rolls Royce showroom owing to his simple grooming. He later went on to purchase a Rolls Royce, ordered large brooms to be tied around its front wheels, and sent the car to sweep the streets of Hyderabad, much to the global embarrassment of the reputed car manufacturer.

What is Critical Thinking?

Critical Thinking is defined as the ability of putting forth an open-minded inquiry. It is one of the founding stones of human civilization. A person who lives his life bound by pre-conceived notions and doesn’t allow people to suggest changes is like a frog in a well. Open-mindedness broadens our horizon by allowing us to listen to different points-of-view and learning from each one of them.

Open-mindedness also means understanding the relevant evidence and basing an argument upon it, while also being responsive to accurate, positive criticisms. Open-minded people don’t mind having a second opinion from a credible source, even after they have arrived at a conclusion. They are always on the look-out for different alternatives and possibilities to approach a situation and don’t like being bogged down under the weight of preconceived ideas and notions.

It has been observed that people with critical thinking abilities are not so much interested in listening to the extent of the damage of the problem before setting to work upon addressing it. This means their approach to problem-solving remains the same for every problem they face. This is markedly different from those who don’t think critically, as their reasoning often gives way to emotional handling of things.

Critical thinking plays an important role in getting success in all professional fields. Critical thinking deals with careful interpretation of information and using it to reach a practical conclusion. The principle of critical thinking can be applied to any context, as the concepts are universal in nature, however their application depends on the specialization that you want to apply it to.

Critical Thinking is applied in the following spheres −

In these fields, it is extremely important to analyze, evaluate, and explain everything in detail with sound logic and research, hence Critical Thinking is essential in getting success in these fields. There are cases where people with sound knowledge and logical inquiry have made mistakes, because they couldn’t apply the methods, which were too complex and impractical to implement successfully.

Critical thinking helps us in recognizing problems and finding out solutions for them. In addition to that, it also teaches us to prioritize between a set of tasks so that we understand the preference in problem-solving. It also helps in comprehending data with accuracy and check for the existence of logical relationships between them. After reaching the conclusion, the theory is then put into application to check the various generalizations that were considered at the time of formulating the conclusion.