Bull Riding - How to Ride?

In this chapter, we will get to know how to mount a bull, to ride and about the basic safety measures of riding.

Riders and bulls are usually matched up randomly before the beginning of the match itself. However, in some cases, ranked riders are allowed to choose the bull for riding. Each bull has a specific name and number and is selected based on its strength, health, agility, age etc.

First the rider mounts the bull and grips the flat braided rope. Once he has secured a good grip on the rope, he nods which signifies he is ready and the game starts. The arena is fenced up to 6 to 7 feet high in order to protect the audience from the escaped bulls. 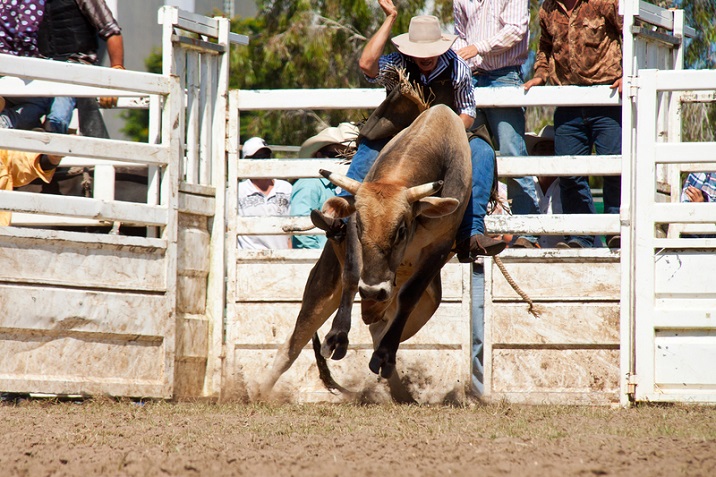 Generally, exits are there at each corner of the arena which allows the riders to get out of the way very quickly. Sometimes, in case of emergency, riders can also hop on to the fence to avoid danger. The bucking chute (a small enclosure where the bull is held) will be open and the bull will storm in to the arena.

The minimum riding time for qualification is 8 seconds according to American rules. The clock starts once the bull breaks the plane of the gate. The rider needs to stay on the bull for the whole time while touching the bull using only his riding hand. the other hand of the rider is free for the rest of the race.

The riders usually use rosin, which is a sticky substance, in order to have a firm grip over the rope during the riding period. The riders use their weight for shifting over the bucking bull throughout the ride time in order to hold the bull. 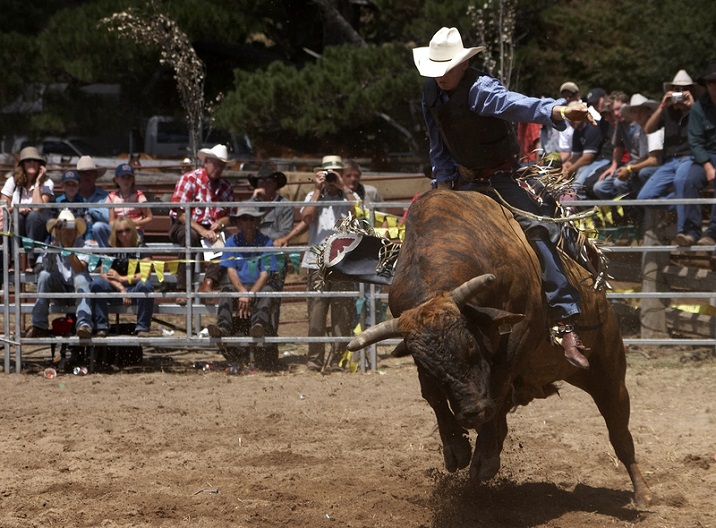 The ride time ends if −

A buzzer or whistle announces the completion of the eight-second ride.

Throughout the game, bull fighters, also known as rodeo clowns, stay near the bull in order to help the rider whenever needed. Sometime during time of emergency, the rider can also jump off the fence to escape from the bull whereas the rodeo clowns try to distract the bull.

In case of bull riding, the winner is declared based on the judge’s score. Both the rider and the bull are awarded scores. Usually there are two judges for the game and each judge provides scores to the bull from 0 to 50 points and to the rider from 0 to 50.

The combined score from each judge is considered as the final score for the rider. Sometimes players score zero points which is quite common in the case where the rider immediately falls off from the bull after leaving the chute itself. Many experienced professionals usually score more than 75. 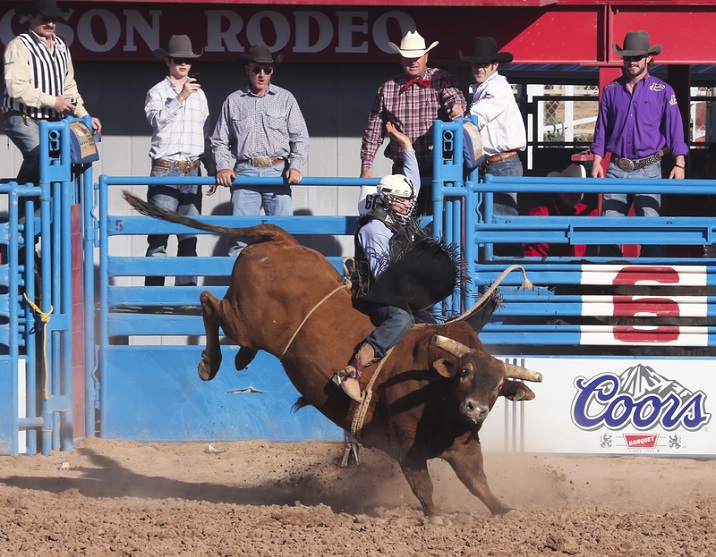 The score above 80 is considered excellent, above 90 is exceptional and very rare. It’s almost impossible for a player to score full points i.e. 100. Till now, in the history of bull riding, it only happened once where a rider has been given full 100 points.

The scores given by the judges are based on many factors. A rider gets score based on his ability to control as well as consistency while mounting on the bull. A rider is only awarded score, if he has stayed on for more than 8 seconds on the bull. Sometimes while on the bull, the riders perform spurring in order to gain additional points. The rider gets disqualified if he touches the bull or the rope or himself using his free arm. The ability to control the bull provides the rider additional extra points.

The bulls used in the game have raw power and different movement styles as compared to other rodeo game animals. Sometimes they perform sunfishing or belly roll, where the bull jumps and while being completely off the ground, the bull kicks his hind side in a twisting or rolling motion which makes it really hard for the rider to hold onto the bull.

The bull always receives a score even if the rider falls off from it within 8 seconds. For the bull, the judges see its speed, agility and the degree of difficulty it is putting for the rider. Judges mainly look for its front end drops, back end kicks, spins and direction changes. If a bull gives the rider a really hard time, more scores are awarded to it. 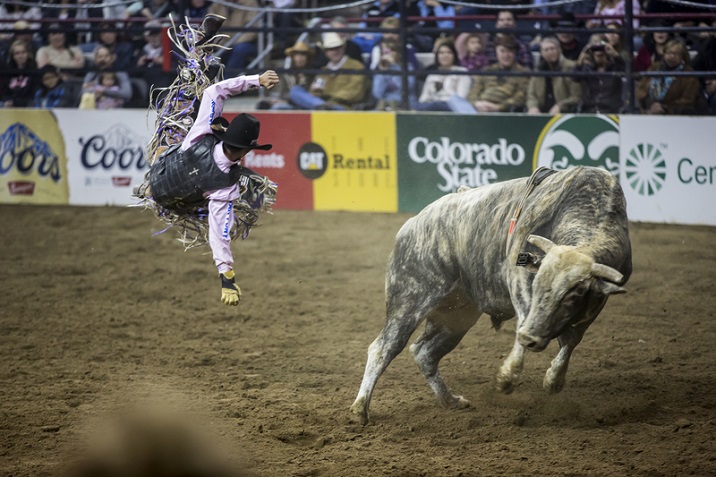 Based on the past record points of the bulls, best bulls are brought to the final matches in order to ensure great competition and good score to the riders. Good scores provide “Bucking Bull of the Year” award to the bull, which brings prestige to the specific bull’s ranch.