The baseball field, also called the baseball diamond, is a specially-designed field composed of two basic parts − the infield and the outfield.

The infield is the centre of action. It is marked by four rugged pads or bases, also called bags usually made of canvas. They are set equidistant at 90 feet from one another on the ground in a square, aligned diagonally, forming a diamond shape. The third base is also called the hot corner.

A home plate, where the batter bats, is larger and is on one of the bases, closer to the deck. Unlike the other bases the home plate is a flat slab of rubber, pentagonal in shape and has a batter’s box allocated for the batter with a barrier called backstop behind it. 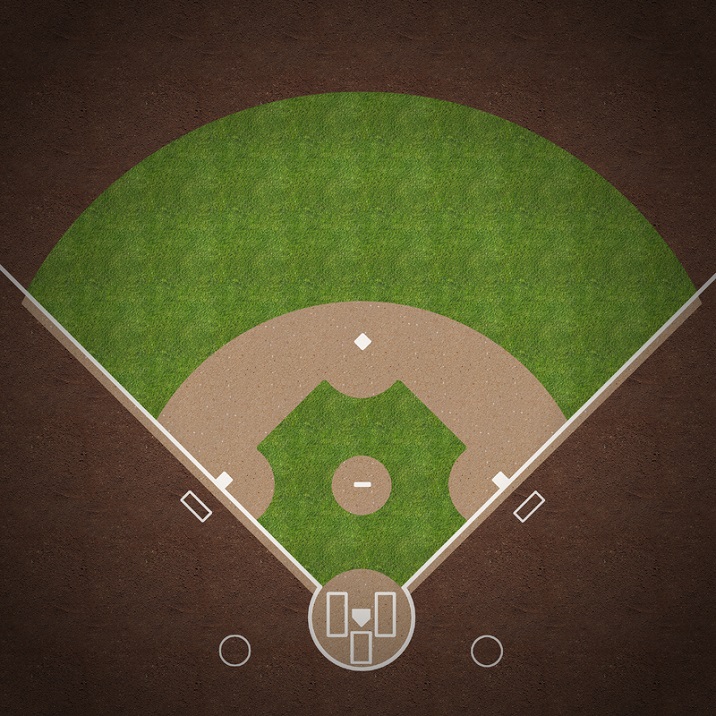 The other three bases are equal in size and are numerically labelled from the right side of the batter standing on home plate facing the outfield. Players must run from the bases to reach the home plate and score runs.

The path joining a base to the next is made of mud or dirt, and the diamond is enclosed by base lines covered in grass or in artificial turf. The rest of the infield outside the diamond and enclosed by the outfield is not covered with grass.

Inside the grassy infield and near the middle of it is a dirt mound called pitchers’ mound. The circular mound is 18 ft in diameter and a white rubber slab rectangular in shape of 5 ft × 3 ft levels it at the top. 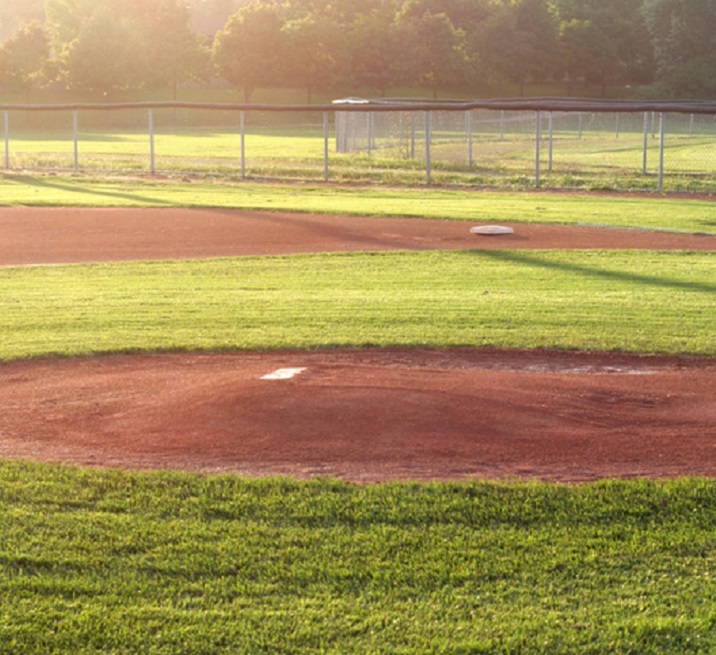 The ball is pitched from the pitcher's mound at the batsman who tries to hit it with the bat from the home plate.

The sides of infield that corner the home plate are extended and marked by mud, they are foul lines and they enclose outfield between them. The outfield is enclosed by a fence and its distance from home plate varies from 290 ft to 400 ft.

A painted box called catcher’s box is behind home plate; it is where the catcher crouches to catch the ball if the batsman misses it. Coaches’ boxes and on-deck circles are outside the foul lines. A bull pen or simply a pen is a warm-up area for relief pitchers. Officials involved in the game and teammates not in play sit at a designated area called Dugout. 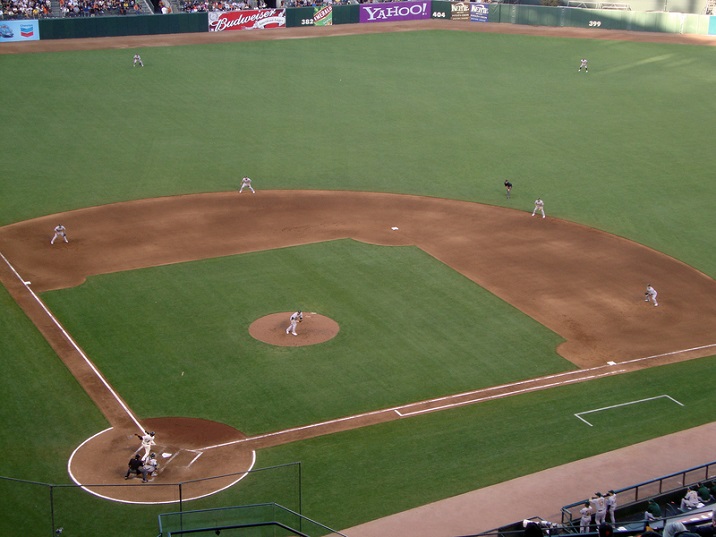 The distance of fence from the field and audience varies significantly from one field to another.