Baseball, though is not widely played throughout the Globe, it is played with a lot of passion and enjoys enormous respect in the United States. So, most of the international champions are from United States. 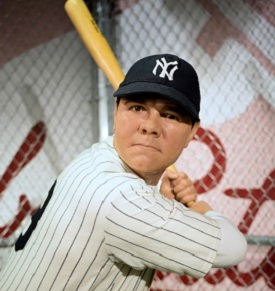 He is a former American professional baseball player of the early twentieth century, and has nicknames Babe Ruth, the Bambino, and The Sultan of Swat. Though he came from a very modest background and was educated in a Baltimore asylum, he rose to popularity through baseball and is widely considered the most celebrated athlete in the States.

He won World Series in 1916 and in 1918, and won 87 games between 1915 and 1919. This great left-handed pitcher is also the greatest hitter and is still remembered for his magnificent homeruns. 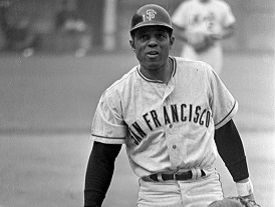 Willie Mays, also called ‘Say Hey Kid’ was an American Professional Baseball all-rounder. This wonderful batsman and is also popular for his astounding diving and leaping catches. Though many believe that he didn’t receive the respect his talent deserved, he gained popularity and achieved much success after colored players were included in major leagues. He played for the National League New York Giants when the team won National League pennant and World Series and later for New York Mets in 1972-73. 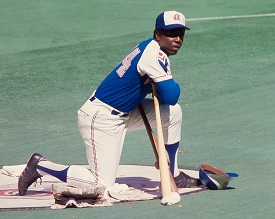 Hank Aaron, who played for the Boston Braves team of National League, has a batting average of 0.305 and broke batting records set by many batting legends during his career of 23 seasons. He won the batting league championship in 1956 and steered his team for a World Series win in 1957. He joined Milwaukee Brewers in 1974, took retirement in 1976 and was inducted to Baseball Hall of Fame in 1982. 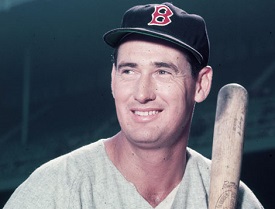 Ted Williams or Theodore Samuel William, also fondly called the Splendid Splinter and Teddy Ballgame, played for Boston Red Sox of the American League from 1939 to 1960. Though he spent five peak years of his career in military service, he could still get back to baseball without any hiccups.

Notable for his unusual ability to bat with his left hand but throw with his right, he was the last player to hit 0.400 in Major League Baseball, and he achieved a lifetime batting average of 0.344. 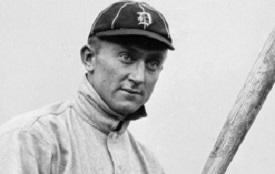 Ty Cobb, whose full name is Tyrus Raymond Cobb, is lovingly called ‘the Georgia Peach’. He played 22 seasons of his 24 season career as an outfielder of the Detroit Tigers. Though he couldn’t win any world Series, his team won three American League(AL) pennants one after the other from 1907 to 1909. He, like Ted Williams, batted with his left and threw with his right and is considered on the greatest offensive players. 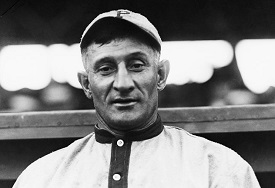 Honus Wagner, also called the Flying Dutchman, is considered to be the best shortstop for his agility and a strong throwing arm, and was also a good all-around player. He was a member of the Pittsburgh Pirates and led the team to three National League Pennants.

During his tenure, the Pirates also won their first World Series in 1909. He had 3420 hits during his 21 year long career, and his batting average is 0.328. Though he did not enjoy large home run scores, he was an extraordinary power hitter. 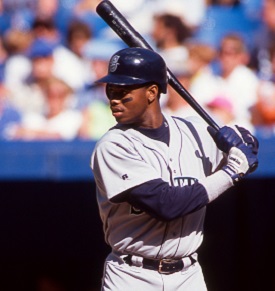 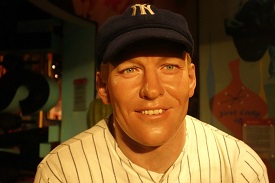 Mickey Charles Mantle is also called The Commerce Comet or The Mick. He is considered to be the best switch hitters that any centre fielders are afraid of. His fielding percentage when playing center field is an extraordinary 0.984, and he was also popular for his tape-measure home runs. He played twelve World Series, is a Golden Glove winner, and was chosen to be the Most Valuable Player thrice. 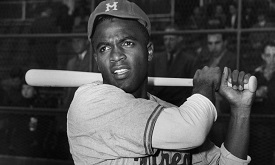 Jack Roosevelt Robinson or ‘Jackie’ is the first African American in Modern era to cross the colour bar and participate in Major Baseball Leagues. In his ten year long baseball career he won many prestigious awards like National League’s Most Valuable Player Award in 1949. He played in six World Series and also played in World Series Championship in 1955.

This exceptional baseball player was honoured with Congressional Gold Medal and Presidential Medal of Freedom after his death, for his contributions to Civil Rights Movement.