When someone requests a page from your site, then the web server has to do some work in order to fulfill the request. So the server might have to perform tasks which will take a long time, such as retrieving data from a database.

How to Cache the Data?

Let’s have a look into a simple example in which we will cache the data when the page is first time loaded. So let’s create a new CSHTML file with WebCache.cshtml name, and replace the following code.

Let’s run the application and specify the following url − http://localhost:50180/WebCache.cshtml and you will see the following page. 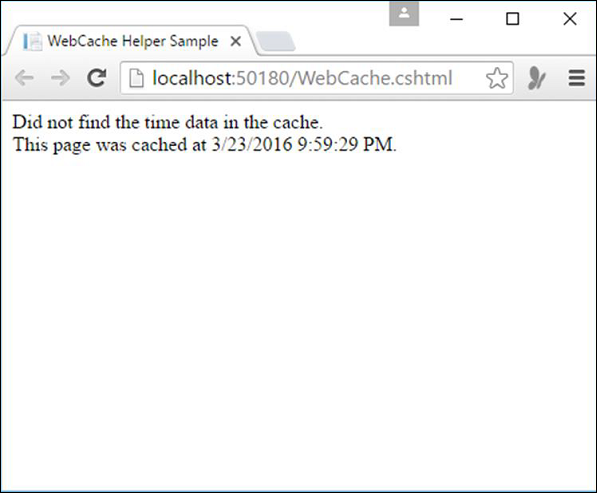 Now let’s refresh your page within a minute and you will see the same time, this is because the time is loaded from the cache. 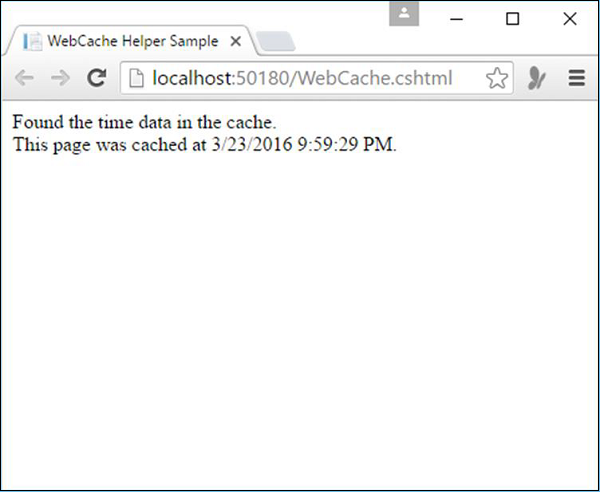